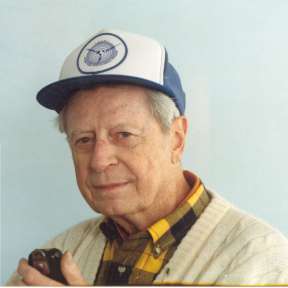 Carl was the eldest son of George Carleton Todd and Dorothy Barker Todd. He had an older sister Helen who passed away several years ago and is survived by younger brothers Sony, Bob, John, Stewart and younger sister Pat. They all grew up on a small farm house in Briarcliff, N.Y. They didn’t have more than a couple of nickels to rub together but they were all into everything. Carl was building radios when he was twelve and cars a couple of years later. He got interested in flying in his late teens and took lessons out of a small airfield in Ossining. His knowledge of engines helped him to avoid forced landings as this place had a terrible safety record.

When the war broke out he joined the civilian instructors program. He graduated as an instructor from the training center at Amaritus, Ga. From there he was assigned to teach at Randolph Field, Tx. He taught there for a year or so before being accepted into the Air Transport Command.

He joined the A.T.C. as a navigator moving up to engineer and then co-pilot. He flew DC-3’s and C-54’s, many of which were T.W.A. aircraft that, like all the airlines, had been pressed into military service for the war.

After the war he joined T.W.A. as a co-pilot quickly graduating to captain. He again flew DC-3’s, DC-6’s and all the variants of the lockheed Constellations before moving on to the jet age. He flew the Convair 880 for a while before transitioning, along with T.W.A., to the Boing 707’s. There again he flew all the variants as an international captain for over twenty years before retraining on the 747’s in about 1980. Carl finished his career as a captain on the 747’s about 1984 (the FAA won’t let fly the front seats past age 65) but was not ready to retire. So he retrained as an engineer on the Lockheed L1011 where he flew for a couple more years before finally retiring.He continued to fly the light aircraft for many more years and followed interests in radio in both Norwalk and Stamford Radio clubs. He did vol. work at the New Cannan library, local civ. defense, and continued his involvment in the Stamford Power Squad. He was also involved big time with a special group of retired aviators known as the “Quiet Birds”.

GNARC is indebted to the family of Carl Todd for the generous contribution of Carl’s complete ham station and many other valuable pieces of radio equipment including a unbuilt Grid Dipper and SB-220 by Heath Co.