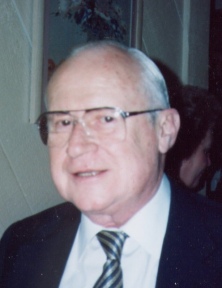 As a certified electrical engineer, licensed in Missouri, Illinois, and Connecticut, he was an inventor instrumental in the development of transistors for radios and other electronics and of UHF antennas. Gene moved to Weston in 1955 working for Sikorsky Aircraft and Dictaphone Corporation. Before personal computers became available he became interested in mainframe computers, learning computer programming and the intricacies of systems analysis. This led to his employment by the American Stock Exchange and the Securities Industry Automation Corporation (SIAC), a subsidiary of the New York Stock Exchange, where he was Director Facilities Engineering, in charge of computer acquisition and computer environmental systems until his retirement in the mid 1980s. After retirement he assisted his daughter in her companies Pages in Place and Sporteze.

Throughout his life Gene was an active Amateur Radio Operator and a member of the Greater Norwalk Amateur Radio Club and the Fairfield Amateur Radio Association. Gene was also involved with the national radio operator civil denfense organization. From 1991 to 1997 he served as a volunteer with the communication committee of Weston where he was an advisor on equipment and the operation of emergency communications, being instrumental in bringing modern 911 caller ID systems to Weston at an early date. Additionally he served on the Board of Trustees of the Weston Historical Society for many years and was also an avid amateur astronomer.