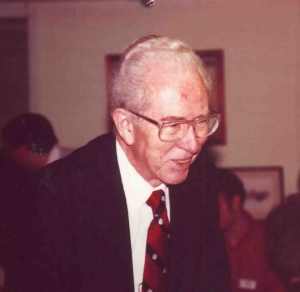 Ed was born in Dallas, Texas, son of the late Edgar L. Conant and Anna Longacre Conant. He was a resident of Westport for more than 30 years. A graduate of the University of Illinois in 1938 with a degree in chemical engineering, and in the same year married the late Martha Palaces Conant.

They were married for 64 years. Most of his career, he worked for Stauffer Chemical Co., managing several manufacturing facilities before moving into Stauffer’s environmental department during the early years of the Environmental Protection Agency (EPA). He retired in 1981 as the company’s chief environmental control manager.

As W9GMS, his lifelong passion was amateur radio and he enjoyed working and writing about DX. He was an avid member of the Fairfield Amateur Radio Assocition and the Greater Norwalk Amateur Radio Club and wrote a column for their monthly newsletters.