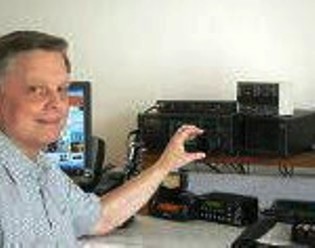 Long time GNARC member Pete Kemp passed away in 2016. He had a long and impressive history in the hobby. The following biography was copied from ARRL.ORG, all rights reserved.

Past Connecticut ARRL Section Communications Manager (SCM — now SM), veteran Field Organization volunteer, and author Pete Kemp, KZ1Z, of Wesley Chapel, Florida, died on May 17. He was 67. An ARRL Life Member, Kemp served as Connecticut SCM for 6 years in the late 1970s and early 1980s. Over the years he also had filled several other ARRL Field Organization roles in Connecticut and in West Central Florida, including Assistant SM (1992 to 2004 and 2008 to 2015); Public Information Coordinator, District Emergency Coordinator, Emergency Coordinator, and Official Observer. For many years, he was an Assistant Director for New England Division Director Tom Frenaye, K1KI.

“He was a superb teacher in the high school, a wonderful mentor, licensed over 700 hams, an active member of Candlewood Amateur Radio Association, and one who really understood what it meant to actualize his potential,” said ARRL Connecticut SM Betsey Doane, K1EIC. “He was enthused about life and, really, he was a gift to all of us.”

A ham for 47 years, Kemp was the author of A Teacher’s Guide to Amateur Radio Instruction, published in 2014 by ARRL. He also authored numerous articles and was a co-author of the ARRL’s popular series of Emergency Communications courses and of the Public Service Communications Manual.

Kemp was retired from the Bethel, Connecticut, Public Schools. He had served as an adjunct faculty member at Central Connecticut State University.

His friend Bill Barrett, KW1B, called Kemp “a good soul with a gentle nature” and said he would be greatly missed.”