Curt W1FSM, Charles N1LLL, Mike N1PLH, Dee N1ZD and Paul W1PPL worked on the beam.
I am told that they replaced the Balun and the Balun Straps. Installed the proper spacers in the crossover network, tightened up several loose bolts and installed a new cable from the tower to the beam. Also the tri-band vertical was removed from the top of the tower and will be relocated at a later date.
On Saturday 5/20, Curt and I put the beam through its paces and it appears to be fixed. the SWR is between 1.5:1 and 2.5:1 depending which direction it is pointed, probably due to the steel roof.

So, I am VERY HAPPY to tell the club that the beam is back in service.

ALSO, while we were testing antennas we found that there is an intermittent problem with the All-Band OCF antenna causing the SWR to swing. Curt said that he will address this ASAP. 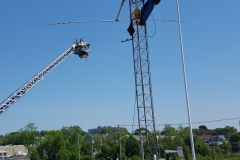 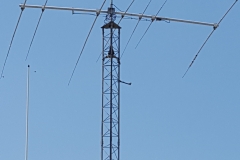 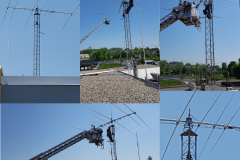 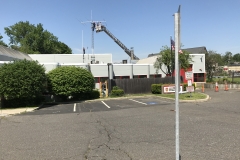 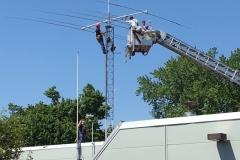