We had two antennas, an end fed multiband and a Buddipole set for 20m. The end fed was used on 40m.

Conditions were surprisingly good! We had no problems making contacts up and down the East coast, the mid West and into Canada on 40. When we switched to 20, we talked to several European stations (Germany was one) and out to Minnesota.  Jon and Paul JVB did the operating.

This was a very fun day, perfect weather and good HF propagation.  We plan to do this again, as Sherwood is now free to get in, and it is an official park, Z1715, so if you get spotted, you get lots of calls.

Here are a few pictures from the day. 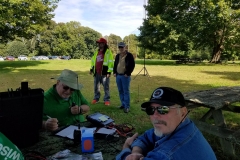 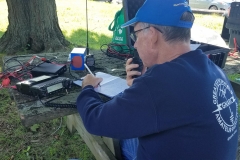 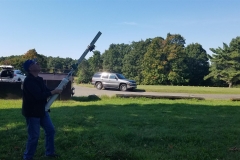 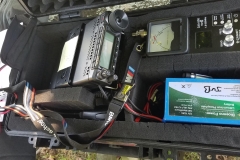